In 2016, CO-WC was at Christopher Street Day in Berlin for the first time, thanks to CSD Berlin and EcoToiletten. In this cooperation, all 35 eco-friendly portable toilets set up on the festival site displayed the CO-WC sign.

CSD e.V. listed the CO-WC project in the „CSD Inclusive“ section. It is described as follows:
„It corresponds to the self-conception of the Berlin CSD e.V. to be a platform for all people who want to go out on the streets for the rights of lesbians, gays, bisexuals, transgender and intersex people (LSBTI*). ALL people – that means, for example, also regardless of physical ability or gender identity. This year, we have dedicated ourselves to these two points under the heading „Inclusion“.“

Loo for all genders

Titled „Loo for all genders,“ the program booklet describes CO-WC as follows:
„The right of a person to use the restroom of one’s choice, regardless of the sex assigned to that person at birth, has been of concern to the local community not only since the heated debate in the United States. To make sure that in this respect all people can feel welcome and being seen, regardless of gender and gender identity, there will at the Berlin CSD 2016 be All-Gender Restrooms in the entire final area. The loos display the signets of our partner CO-WC ( http://www.co-wc.com/ ), which overcome the previous assignment of a cubicle to a unique gender.“

Further attendances at Christopher Street Day followed, for example at the CSD Berlin 2017 or at the CSD Frankfurt 2019. Check out the video, full of unforgettable moments. Many thanks to all supporters! 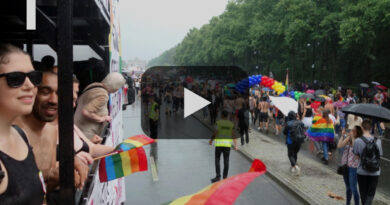 LSVD with CO-WC at Rainbow Parliament in Cologne 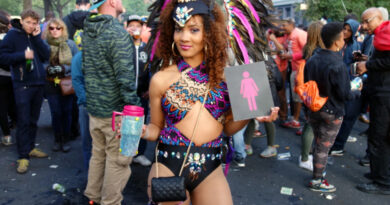 CO-WC at Carnival of Cultures in Berlin