Come to think about diversity in childcare & youth education, it’s not easy to handle sensitive gender issues. Time for a up-to-date Queer Education…

As a remedy, Lesbian and Gay Association in Germany(LSVD) has launched a „Queer Package“. It’s a box full of educational material, containing „Diversity Check“, a „Diversity Primer“, two CO-WC signs, and many more. According to LSVD, this package is intended to provide professionals with „practical methods and materials to address issues such as queerness, homophobia or gender diversity and to engage in conversation with young people. (…)“; this package is also designed for young people, especially between the ages of 13 and 17. More than 1,000 boxes have been sent out free of charge to child & youth work organizations throughout Germany spring 2022, and a new edition is on its way.

We are very happy and proud to be a part of this program. How does CO-WC work here? Let’s take a closer look at the project, starting with old pictograms. Man/Woman WC signs are everywhere. We know them from an early age and take them almost for granted. On closer inspection, however, they’re highly problematic. They radically reduce, fix and decide a gender identity.

CO-WC challenges the long-established power of man/woman signs and broadens our spectrum of gender. Our wiggling sign does not tell which gender you mean to be. You are actively involved in a play where the sign constantly changes its form and color as you move. Here, one can see that what’s known as a given fact turns out to be a matter of interpretation.The stiff framework of the old gender is questioned at this point. In this process, CO-WC encourages open thinking that would raise awareness of openness, diversity and respect.

CO-WC sign is ideal for childcare and youth work thanks to its easy accessibility(public WC sign) and playfulness(wiggle image). Education professionals can use the sign as a stimulus or starting point for discussions. Children and young people learn the wide spectrum of gender simply by playing with it. Using it as a public restroom sign offers a reflective everyday experience, as well as an idea.

The LSVD project is being run as part of the „Selbst.verständlich Vielfalt(Self-assuredly Diversity)“ competence network, funded by Federal Ministry for Family Affairs, Senior Citizens, Women and Youth (BMFSFJ) as part of the German federal program „Demokratie leben(Live Democracy)!” 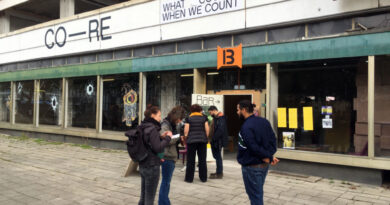 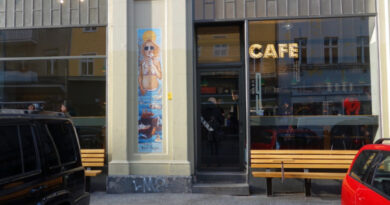 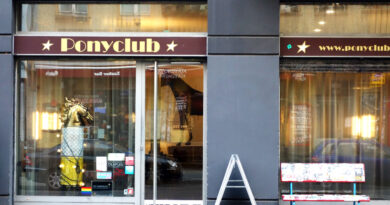